It’s no secret that owners of SMEs have run into significant financing and liquidity issues since successive lockdowns began to impact their trade.

Even before the advent of the pandemic, Forbes reported that 69% of small business owners are kept up at night by cash flow concerns. The shock of COVID-19 has intensified these anxieties, with more than two-thirds of UK SMEs concerned that they’d have to close their doors without access to emergency funding.

The problem is, now we’re closing in on 2021, that funding has been difficult to secure this year - and, often, only businesses and jobs deemed ‘viable’ by the Treasury may have access to such financing options.

Back in March, Rishi Sunak’s economic plan for the nationwide lockdown was simple: keep affected businesses afloat. For large businesses, the CBILS poured cash into support schemes. According to recent government figures, this initiative has resulted in a meagre £1.1bn in loans to UK SMEs. For smaller businesses, the Bounce Back Loan Scheme (BBLS) was also initiated - and ran into its own roadblocks.

According to Deloitte, some 30% of CFOs have already accessed, or intend to access, the Bank of England’s COVID-19 Corporate Funding Facility. This data fails to capture a different figure: how many have been rejected and shunned when they attempt to access these schemes.

Funding your business after it’s failed - due to COVID or other business pressures - can be difficult. As a CFO, Financial Director, or Executive, you’ll know just how difficult it’s been to secure funding since March. Today, we’re looking at 2008-era levels of risk avoidance in loan underwriting; the time it’s taking to underwrite loans has increased four-fold, by some measures.

Meanwhile, the Treasury’s intervention has been anything but slick. Involving neo-lenders in their loan schemes proved haphazard. When a lender backed by government-underwritten loans can’t fund itself, you know the state of financing and insolvency is in a bad way.

In light of the above insights, it’s clear that the British Business Bank hasn’t been operating as effectively as possible this year. Add to that growing frustration amongst SME leaders that their firms are missing out on BBLS payments on arbitrary Treasury dictates and unpredictable lender liquidity, and times are clearly tough for CFOs in SMEs.

At TSF Finance, we hear your concerns. We’ve been closely monitoring the interplay between traditional and alternative lenders and the government, and we’ve seen how the government plans to match funding promised by neo-lenders has failed to take off.

We’re especially concerned that businesses will suffer the return to creditor’s ‘square one’ due to failure caused by COVID-19. That’s why we’re making efforts to get SME executives and CFOs educated about alternative sources of financing and ways in which to ensure your debts, financing position or even business failure, is clearly demonstrable as being “corona virus caused” - not the inevitable result of non-viability or poor management. This critical distinction can be difficult to present clearly – and this is where we can help you.

Book a meeting with us for an initial consultation about how you can fund your business after failure in this most difficult of years. 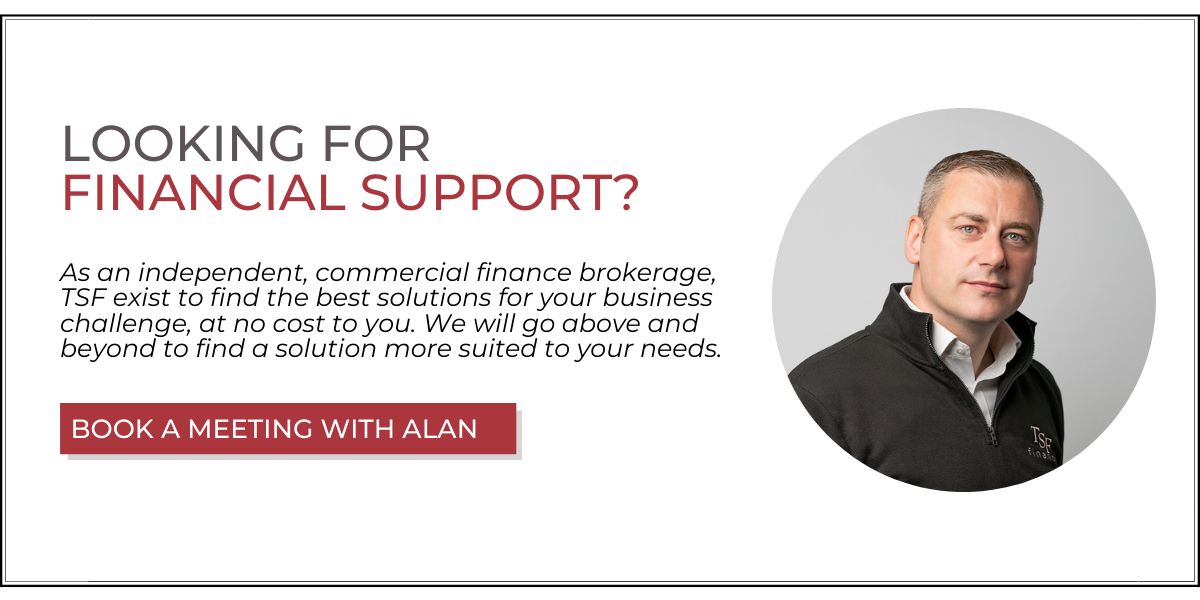 What can we expect the lender appetite to look like in 2021? Cash flow management techniques for your SME